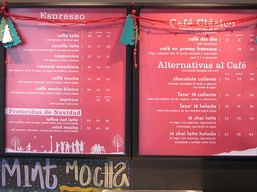 Starbucks has been saying since at least 2006 that it offers 87,000 different drink combinations. Depending on the context, the Seattle coffee company has wielded the number as a gee-whiz factoid, as demonstration of the skill required of its baristas, as evidence of its great variety of offerings and even to lobby against a new law in New York City. But one thing Starbucks won’t do with that number, at least with me, is explain how it was calculated.