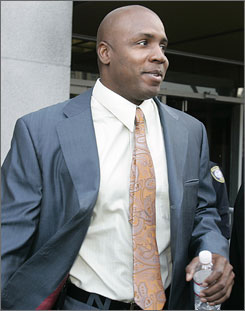 The U.S. attorney’s office in San Francisco charged in an indictment released in November 2007 that Bonds had tested positive for “anabolic steroids and other performance-enhancing substances.”