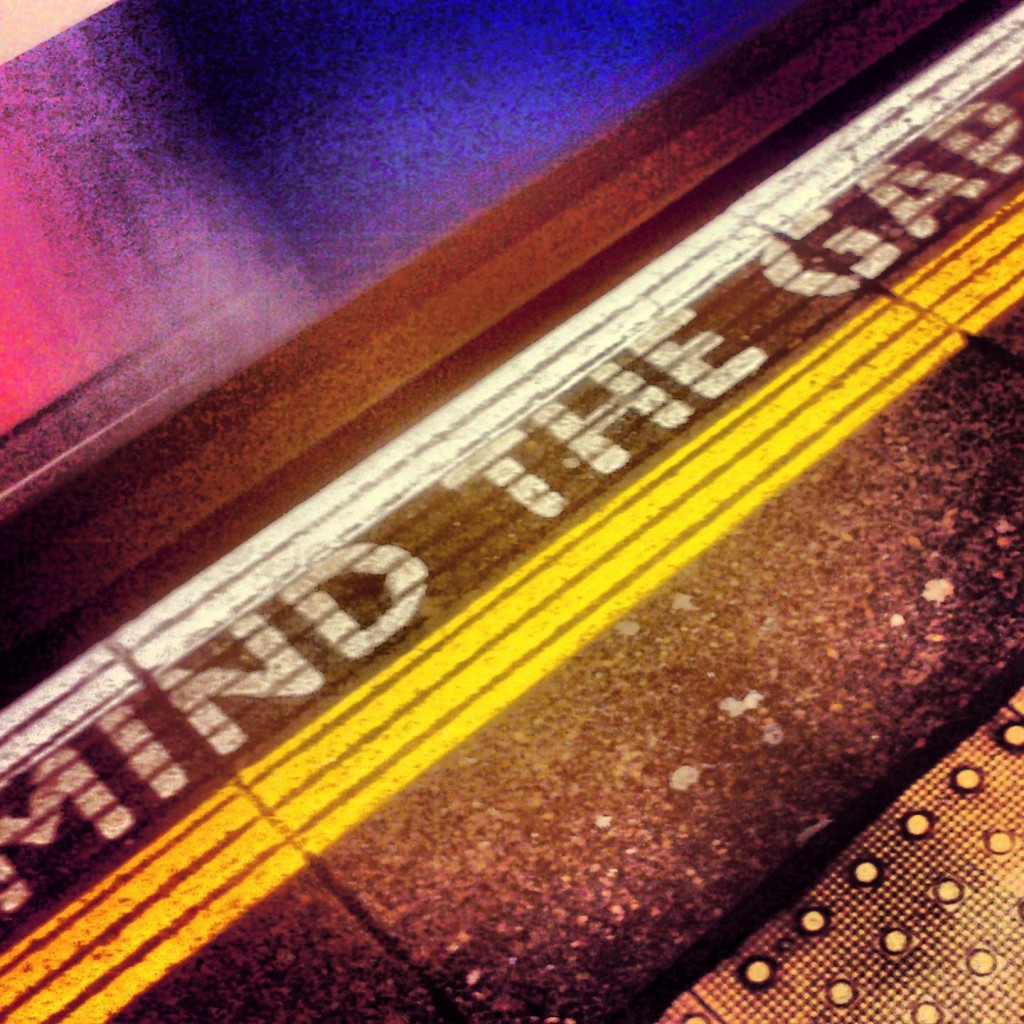 On a day to day basis I usually don’t feel the need to kill myself. There have been times though, thankfully not too many. If at home looking at a photo of my daughter helps. Once or twice I’ve had to leave the house and just walk somewhere safe, somewhere where it’s difficult to do myself any damage. Somewhere with people around.

My fear is the tube. Moreover, throwing myself under one. This is the sort of thing I was worried about writing in my how honest is too honest post. I think it’s important to document though. The call of tube tracks was always my worry. Late at night on my way home after picking up my daughter. Sad, cold, lonely. Back then, this would be 2007 or 2008, I was heading back to my mother’s where I was living at the time. Often heading back into long conversations with the woman I was in a relationship with. A long distance relationship. She’d quiz me, question me. Ask me endless repetitive questions. Accuse me of all sorts. Analyse everything. The time I was getting in, the language I used in messages. Any kisses in them? Endless permutations. Endless nights talking right through the night until the wee hours when at last she’d be satisfied or I was too tired to carry on. Proving myself. Placating her, soothing her fears. Finally after some sleep in the morning, I’d likely get the same again. Requiring more answers, dealing with more analysis. I used to beg for a few “good days”. Without all the nonsense, the questioning. I used to beg just to have “normal”.

It doesn’t sound like much but it was exhausting. Ultimately I was so drained I wanted noting more than for it all to end. Almost my entire life was virtual and online aside from the times I spent picking up my daughter.

When taking the tube home, the tracks would call out to me. I’d pace around, just stare at a poster, look at a photo of my daughter on my phone. Anything to stop hearing their call. But the solution was fairly easy.

I only felt that way really when taking the tube alone. So I stopped. I took buses instead.

Everything took longer, but I got there in the end. And I didn’t have to fight the want to kill myself twice a week.

A few days ago I read the following BBC News – The railway workers trained to stop suicides and had to get out of the house as I was looking for ways to hurt myself. I couldn’t use a knife, my father was a chef and I have a fear of knives that he instilled in me. I do though have some thick chord and rope here and I have considered using that from time to time. Weave a noose through the bannisters and launch myself off the stairs. I don’t because of the effect on the person who would find me. I’m back at my mother’s, so it would be her. Coming home and seeing me hanging there. It’s good that I can usually think of such things.  The effect the shock would have on others. Think of my daughter. My mother. But the other day I couldn’t get to those things and so I got out of the house for a while.

With the tubes I try to look at the drivers. If I see them, then I couldn’t do that to them. To throw myself under and perhaps destroy their life as they relive that moment endlessly. So I look at the drivers and picture the human being whose life I would mess up by being selfish.

I had a message from the woman I mentioned above. We’d broken up in 2009. To keep a promise she reminded me of many times, I remained her friend. Ultimately a year ago it briefly became a romance again. I’ll talk about all of that another time. The long and short of it is that I was forced to maintain a long distance relationship of sorts with her through intimidation and threats. 75 days ago the truth came out and my life-partner threw me out.

Mourning my life-partner publicly just infuriated the woman more, and ultimately she unleashed some of what she promised on my life-partner. Her hate. Carefully selected copies of chats. And then she sent me this:

Go find those tube tracks you were always throwing up in my face and throw yourself on them.

Because I’m not going to stop until you can’t find a single person who’ll give you work.

I’ll destroy you utterly if it takes me the rest of my life.

I think you deserve no less.

I’m going to try and use that as a reason not to kill myself.