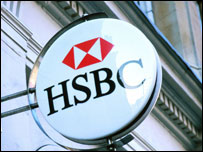 A five-year-old boy has been described as a “little superhero” after finding a North Yorkshire bank unlocked.

Oliver Pettigrew pushed the front door and entered HSBC bank in Easingwold, despite the branch being closed.

The boy’s father Daniel Pettigrew said he immediately called the police after his son’s discovery.