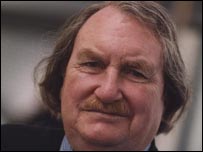 With his long unkempt hair, his colourful ties and ample figure, Sir John Harvey-Jones was hardly the traditional idea of a captain of industry.

Yet, as chairman of ICI from 1982 to 1987, he transformed the company from a loss-making outfit to one making a profit of more than 1 billion.