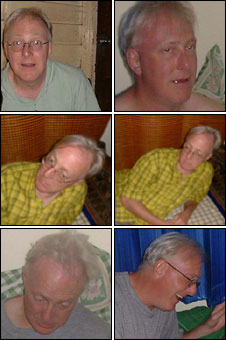 Interpol has released images from the internet of a man it suspects of sexually abusing young boys.

The international police agency is launching the worldwide appeal because two years of investigations have failed to identify the man.